This is a letter sent to a friend called Garrett, written in advance of him going on a missions trip to Haiti and to be opened and read during said trip. This was written the night before leaving with him and a group of friends to the beach for vacation. Only the names and animals have been changed for their protection:

As you may already know, you are in Haiti.

It’s strange to write a letter in advance and in secret, but don’t worry I’ll be okay. I hope you are having a fun time. Don’t forget to change your underwear every day, not just when they start to smell bad and change colors. I don’t really know what Haiti is like, because I’ve never been to Asia. I hear they have great sushi. Whatever you’re doing there, you better do a good job, or I’ll spank your bottom. I was going to put this message in a bottle and put it in Lake Erie until it floated to you. But, my printer is out of ink and I didn’t order any yet. I was hoping to maybe get a Groupon for it, because ink tends to be very expensive. Maybe I’ll just get it refilled at Walgreens. It looks like I should have written more in the body of the paragraph rather than the post script. Maybe you could write me back and we could become pen pals, or even real friends! Do you like the color blue? I do. If you do like the color blue, how long have you liked it? I’ve liked it for about 3 months now. Write back soon.

I think I was supposed to encourage you in the letter, but I forgot. Umm… cheer up little fella. Everything is going to be alright. When you get scared at night just look up at the stars. I’m the big round one. I’ll be smiling over you like the Cheshire cat, only better. I’ll probably smile and then shoot laser beams out of my eyes. Who knows? You’re in for a surprise. If you’re ever having a bad day, just whistle a happy song and I’ll pop out of the bushes and give you a kiss… on the lips. Well, it looks like I’ve gone and crossed a line, so maybe I’ll just sit the next few plays out. Have a fun time pumpkin!

I was going to write another long paragraph, but I’m getting tired. We’re driving to the beach tomorrow. I hope I don’t fall asleep at the wheel! If I do, then you probably won’t read this letter. What a waste that would be. Or maybe you’ll read it from beyond the grave!!!! Spooky!

Just one more, cuz it looks like I’m whispering a secret. Pssssst! Alright. Have a day. See you when you get back.

… and it was all a dream 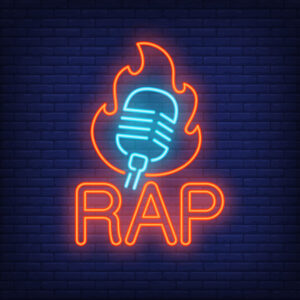