Everything is a smoothie these days! You’re a smoothie! I’m a smoothie! Let’s make a new kind of smoothie! I’ve made this smoothie three or four times already and each time I wonder why I still make it. The ingredients are healthy, but boy does that cilantro make it taste weird! This isn’t the best smoothie for the winter time… or the summer time… or any time. Just make it so that all other smoothies will taste amazing in comparison.

If it doesn’t taste good, why would I eat it? Because it’s so healthy! Green stuff is usually good for you and so is ice. Mix it all up and it’s probably REALLY healthy. I’m not a nutritionist, so look it up on the internet or something.

Here’s what you’ll need. Most of these ingredients you can find in your fridge, if you’ve bought them in the past and put them there. (Strawberries and cilantro are camera-shy, but not that yellow bowl!) 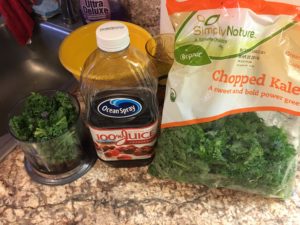 If you don’t have these ingredients, just substitute with something that looks similar! For example, substitute the cranberry juice with red wine, or the kale with a random house plant. 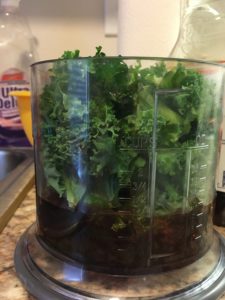 First, pour your cranberry juice and a handful of cilantro and kale into a blender and give it a nice blend until it makes a frothy green swampy-lookin’ liquid. If it ain’t a swamp, you gotta dump! 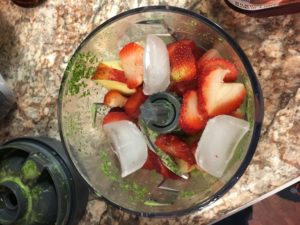 Then, slice up some strawberries and toss those sweet babies on top. Throw in exactly 3 ice cubes and make sure them babies is cold, cold, COLD! 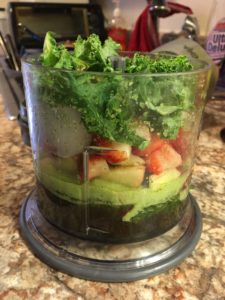 Top it off with another handful of kale. Look at those layers of goodness! 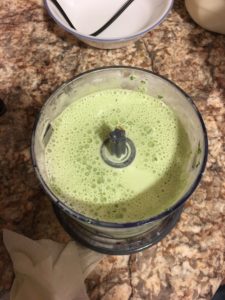 Finally, blend it until it’s smooth as a baby’s butt. No chunks, Chunky Boy! It should smell pretty nasty and look like spoiled milk. Mmm healthy!